Alternate Energy Systems manufactures liquid Propane/Butane Vaporizers with capacities from 168 GPH (322 kg/h) to 14,000+ GPH (28,000+ kg/h). To meet the requirements of customers and particular applications around the world, we are employing a variety of design concepts and configurations. The heat source can be hot water (Water Bath Vaporizers; Circulating Hot-Water Vaporizer) or steam (Steam Vaporizers). The vaporizers are manufactured to the rigid codes of the American Society of Mechanical Engineers (ASME), the latest edition of NFPA #58 and/or #59, and most are approved for Factory Mutual (FM) or Industrial Risk Insurers (IRI) installations, in addition to approvals by Canadian Standards Association (CSA), American Gas Association (AGA), and Canadian Gas Association (CGA). European CE Approval, including ATEX, PED, and other applicable Directives, is available for all Water Bath Vaporizers.

As a manufacturer, we go far beyond the requirements and codes and are continually working to produce equipment with the most modern engineering techniques available. 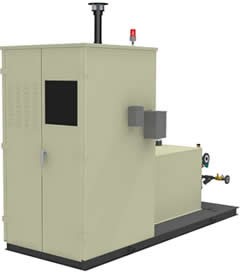 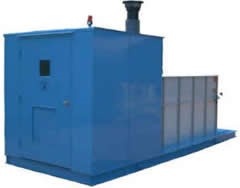 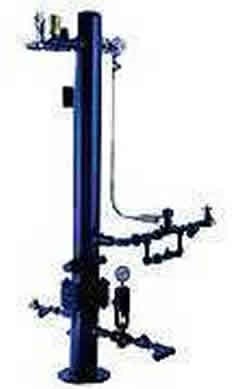 WHAT IS A PROPANE/BUTANE/LPG VAPORIZER ?

LPG (Propane, Butane, or Propane/Butane Mixture) at ambient pressure (above its boiling point temperature) is a gas that is stored in pressurized containers (tanks) in liquid form. The space in the tank that is not filled with liquid is occupied by vapor. As this vapor is being used as fuel for connected equipment (burners, heaters, etc.), liquid LPG must vaporize (boil) to occupy the space above the liquid.

A vaporizer is designed to receive liquid LPG from the storage tanks and raise its temperature (heat the liquid) well above the boiling point at the delivery pressure. In other words, a vaporizer generates the (heat) energy that is required to maintain the gaseous state of the LPG.

There are two major types of propane vaporizers: Vaporizers that utilize a small portion of the vaporized LPG as fuel for a burner that supplies the heat for the vaporization process (i.e. Water Bath Vaporizers); and vaporizers that use an outside source of heat, such as steam or hot water, to vaporize the propane.